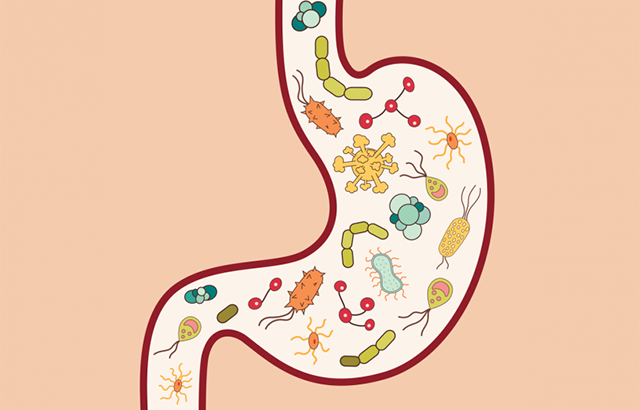 How to improve gut health, means eat bananas, garlic, and ginger. The medical term for stomach inflammation is called gastritis. This is when the lining of the stomach becomes inflamed. Symptoms of gastritis vary among individuals, and in many people, there are no symptoms. However, the most common symptoms include:

How your gut may be playing with your mind? This is called stomach and mood disorders:

If you’ve eaten a fabulous meal recently, the experience was pleasant, comfortable and pain-free because your stomach and the intestinal system worked seamlessly to move the food along and eventually absorb it.

Our gastrointestinal tract, or gut, is sometimes described as our “second brain”. This is because it is controlled by its own complex nervous system comprising hundreds of millions of neurons – more than all the nerves in your spinal cord.

The gut and brain talk to each other through nerve signals, the release of gut or stress hormones, and other pathways. We have long known that emotions can directly affect the gut function.

But lately we’ve been discovering that it works the other way too: our gut actually has an effect on our brain. And because it’s easier (and generally safer) to manipulate the gut than the brain, this knowledge provides the possibility that doing so could treat some chronic psychological and brain diseases.

How the bugs in your gut alter your brain?

Everyone’s gut is chuck full of bugs (trillions of them) that can be good, bad or indifferent. They hang out all the way from the mouth through to the end of the bowel.

The bugs talk to the nervous system through pathways, including the immune system, that keeps them in check. Experimental work suggests and imbalance in these bugs can affect the brain and, in some cases, may lead to anxiety or depression.

Altering gut bacteria is a new way to treat many diseases of the gut and possibly the brain, including through diets (changing your diet rapidly changes your gut bugs), or by providing “good” bacteria and suppressing “bad” bacteria, that can be done with probiotics. Other method includes transplanting stool from healthy people to those in need.

And studies are currently exploring the role of the gut in neurological diseases such as multiple sclerosis.

But for the moment, new evidence suggests when the gut is inflamed, it may affect the brain and lead to psychological dysfunction.

What is the name of a vegetable that is still in season in the winter and has been used for both culinary and medicinal purposes around the world? It is called “Fennel”.

Fennel is high in potassium and in some cultures, it is used to aid digestion. Fennel stimulates the secretion of gastric juices that reduce inflammation of the stomach and intestines as well as help combat constipation. If that isn’t reason enough to give this veggie a second look, some research suggests that fennel seed extract can be protective against cancer. A fennel casserole is a great choice for a family meal to help focus on health and wellness of a whole family.

What do you know about GMO’s (genetically-modified organisms)?

GMO’s have been linked to many different health problems across America. The US Government approved this scientific method in the 1990s and its methods effect vegetables, fruits and grains.

Studies have linked GMO’s to gluten disorders that affect 18 million Americans. The Genetic Literacy Project also states the studies have linked genetically modified animal feed to severe stomach inflammation and uteri in pigs, as well as genetically modified corn to rat tumors. These issues are just a small fraction of the problems that have been studied and reported.

There are easy ways to avoid GMO’s, such as buying locally, consuming organic foods or even growing veggies yourself. Now we know why we should grow our own vegetable garden every year.