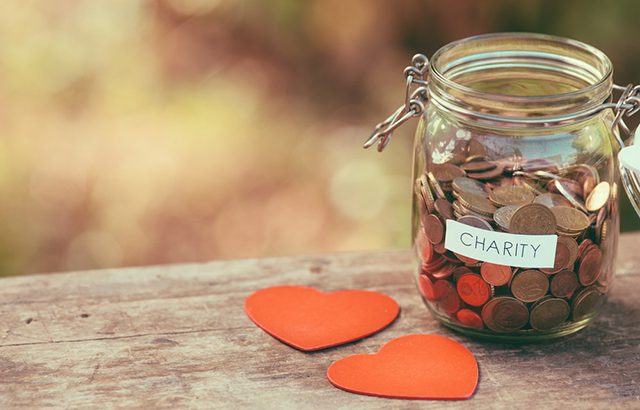 Recently I had an interesting conversation with a pastor regarding fund raising. We were exploring ways to raise money for some of the programs the church wants to implement. Because of my awareness of synergy, I suggested that working with another charity would be a way to expand their donor base, increase their exposure and broaden their appeal. Choosing good charities by name alone is a mistake some donors make, and their money sometimes ends up going to less-than-worthy groups.

It was explained to me “that’s not the way we do it.” Apparently the church has a broad base of younger and older donors with a contingent of loyal older donors who can be relied on to help out as the church’s community responsibilities continue to expand filling in the void created by government and corporate cut backs for social services. It was explained to me that historically donors who provided X dollars in donation could probably afford to provide X times 5 and that the donor requests are gradually increased over time to that amount.

We had a long conversation regarding demographics and the effect the latest economic realities are having on the more mature generation of loyal donors. In the end, respecting his belief, I didn’t try to force the issue of the world’s exploding economic realities we are now having to deal with on a local level. However, I did suggest that the sooner charities in general and churches in particular reach out to others that have a popular cause that will resonate with their supporters and their supporters friends and associates the better.

Since that first conversation I have talked with several others regarding the concept of Charitable Synergy which I believe will be so beneficial for charities and churches in this evolving economic environment. There have been some good discussions regarding the details of the program for specific charities and the security of a group’s donor list.

In the Internet age we live in, a secure donor list is a bit of an illusion, however, it is an important element in the concept of Charitable Synergy and needs to be addressed at each level of a Charitable Synergy self funding project. One of the programs I have reviewed is the Goodness Giving Meal Pack program sponsored by the XanGo Charitable Foundation in association with the decades old AmeriCares.

Their program, which is providing specially formulated meals to starving children, is the primary fund raising vehicle. By making a $45 donation through XanGo, donors join the worldwide crusade to eliminate starvation in the world. The $45 provides 17 meals monthly to children in need. Donors receive a 100% tax deduction on their donation, a gift card acknowledging a donation that can be sent to anyone you choose explaining that a donation has been made in their name by Donor, a monthly Goodness Meal Pack e-mail newsletter with news relating to your giving and year end receipt for tax purposes. AmeriCares, provides uncompromising security procedures to assure that donated Meal Packs are delivered to the designated beneficiaries and not diverted. The Church receives a monthly referral fee for as long as the donation is made to the meal pack program.

What happens to the donor list? In the meal pack program the participants become Preferred Customers and their $45 donation purchase becomes 1 of the 500,000 or so individual orders processed each month. Naturally, all the customer data is protected, however, if someone is looking for a “big spender” to solicit for a donation, the $45 donation will not draw much attention or place them in the potential donor category. The church receives a list of donors which includes their participating congregation members as well as the friends and associates of those members.

Of course, a donor list means very little until someone that actually knows a person on the list calls them. The reason people donate to charities and churches is no different than the reason foundations or corporations give; a friend asks. That is why Charitable Synergy giving is so powerful, hundreds of people are asking friends who are asking friends, that the church or charity would otherwise never be able to reach, to donate to an international program to feed children and to support the church at the same time. These are people who you would most likely never be able to reach without a Charitable Synergy program. These are people who keep giving month in and month out.

Why do the charities want to participate in a program where they don’t get all the money donated? Charities don’t like to have to keep asking for more donations any more than people like being asked. Charities are always looking for ways to increase their donor base and they want a program that provides for an automatic monthly donation so they won’t have to keep asking for money from the same donors.

It is simply a better system for everyone involved. A charity finds a program, that will attract a large donor base, which compliments their cause and together they promote the program. The Charitable Synergy Self Funding program represents a Paradigm Shift in the way charitable giving has been done in the past!

Jim Peterson is a writer and Home Based Business Networking evangelist helping people have more time for the things that are important to them. Visit him at http://jimpetersonblog.blogspot.com

If you need to learn more about mens health issues, you can visit Wikipedia. Erectile Dysfunction